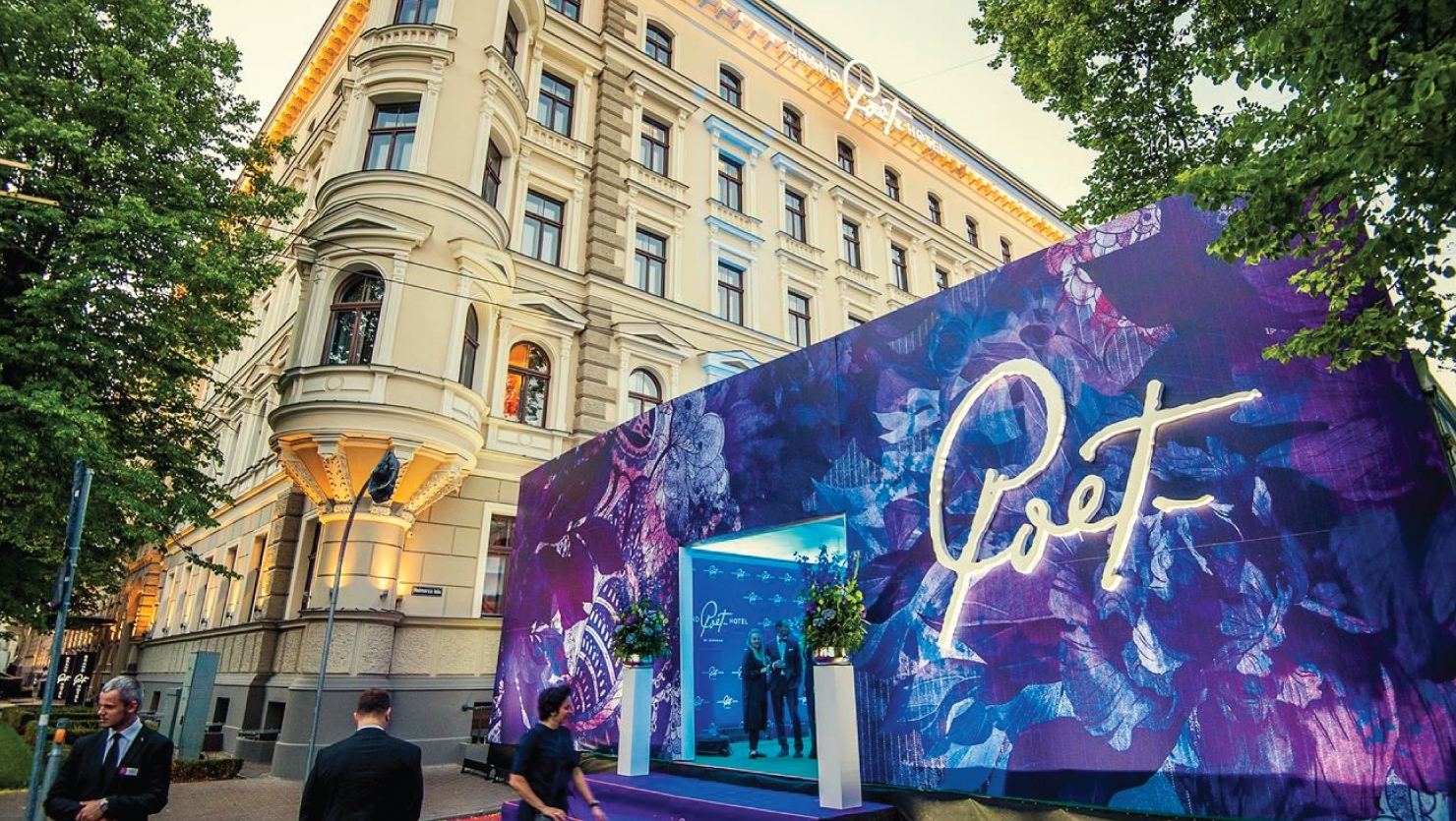 As of 12 January, this year, the first five-star design hotel “Grand Poet Hotel” has opened its doors. The new hotel was established by “Semarah Hotels”, a Latvian hotel chain which owns the hotels “Metropole” and “Lielupe”.

“By opening the hotel on Raiņa boulevard, we have opened a new page in the history of Semarah Hotels. This is the first design hotel in Riga, uniting modern art and the bohemian lifestyle. Both the unique design, and the magnificent view over one of the most romantic parks in Riga – the Bastejkalns – serve to bring joy to the hearts of our visitors. The building hosting the hotel has a long and colourful history, and we have paid particular attention to preserve it in the renovation process,” Olga Smirnova, Head of the hotel chain “Semarah Hotel”, reveals.

“Grand Poet Hotel” is located on Raiņa boulevard 5/6, the heart of the historic centre of Riga, in the vicinity of the Freedom Monument. The name of the hotel represents a duality inherent to poets – formality and the bohemian spirit. The building itself is an architectural monument, therefore, as many authentic items as possible have been preserved, for example, the five-story wooden staircase and tile stoves. The hotel was designed by the honoured and respected Swedish company “Stylt Trampoli”.

There are 168 elegant guest rooms, including several especially luxurious rooms. “Here, everything is together in one place – a restaurant for a fresh and sophisticated gastronomical experience, modern premises for events and conferences, a spacious Wellness centre, as well as three elegant SPA treatment rooms, which will be opened in early spring. The hotel is a true gem for aesthetes, those intoxicated by life and culture,” Māris Alnis, Head of “Grand Poet Hotel”, adds.

“Semarah Hotels” is a hotel chain brand founded in Latvia, with long-term experience in providing high-quality service. The hotel chain takes pride in its various hotels: the resort hotel “Lielupe”, the four-star historical hotel “Metropole”, and the elegant design hotel “Grand Poet Hotel”. Each of these hotels carries its own unique story and values.